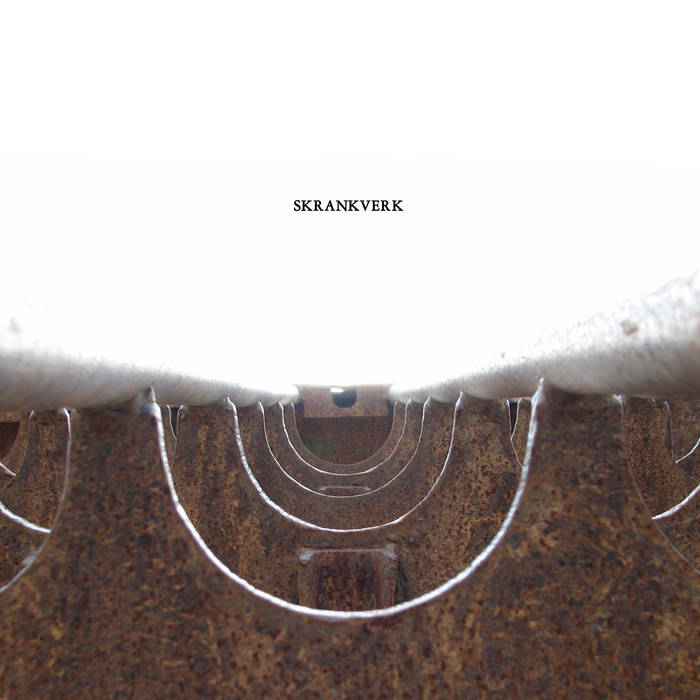 "These gentlemen from Umeå bring forth music that is very hard to categorize -- there are traces of many emotions but this is something entirely self-contained. Some of the sounds themselves you may have heard before but it's the combinations and authenticity that makes this so good. To try and describe it briefly, I'm thinking of a parallel universe where unknown beings act in ways totally unknown to us. You can see something happen before you but not understand what it is. It's also mystifying rituals deep in forests, scraping, stretching, whispering and grunting -- everything outside of the reach of us mortals. It's of course very organic but never tiring. The pictures on the cover make me think of a Swedish "Stalker" -- unpleasant but at the same time incredibly familiar, nature's mystery and cruelty perhaps?"
- Segerhuva

"This is the sound of toiling poltergeists, endlessly repeating the rituals of an industrial wasteland's cargo cult."
- Mechanoise Labs

"Another PERFECT release from this mysterious Swedish project. Indredible sparsely placed organic metal scrapes and chain clanks over great reverbed drones and thunder. HIGHLY RECOMMENDED! One of my favorite projects around. "
- Aaron Dilloway

"This Swedish band with the tongue-twisting name (I'm still not completely sure I've spelled it right) was formed in 2001 and appear to be collage artists; this, their fifth release, was recorded on location at various abandoned buildings, swamps, and forests, using materials found at each site, and the results have been cut-up and arranged in the studio to form ambient-noise collages. The six lengthy pieces here collect a wide variety of sounds -- some obviously processed, others far more ambiguous, nearly all of them unrecognizable -- into heavily-layered sonic sculptures of ambient noise, although some tracks (like "Ohagn" and "Ral") include rudimentary rhythms as well. Too noisy (although not generally in the sense of harsh noise) to be truly ambient and too spacious and amorphous to truly be songs in the traditional sense, these tracks more closely resemble soundtracks of incidental music, or perhaps field recordings carefully reassembled and constructed to sound almost random while still retaining a subtle level of composition. Stretches of natural ambient sound are broken by jarring noises; muted rhyhms from unknown "instruments" are supplanted by jagged clattering; peaceful moments of naturalistic ambience are shattered by explosions of sound. The very nature of the album's recording and editing process makes everything mysterious; the deliberate use of randomness makes it unpredictable, sometimes to the point of being unnerving -- even in the quiet moments, after a while, you're waiting for chaos to happen. Interesting and unorthodox, at times even haunting, with plenty of attention to detail. The disc also comes packaged in a lovely triple-panel digipak with excellent art."
- The One True Dead Angel